The state of the social digital photograph –delimitations, definitions, photography as the common denomination in a world of mixed media? Not all is new 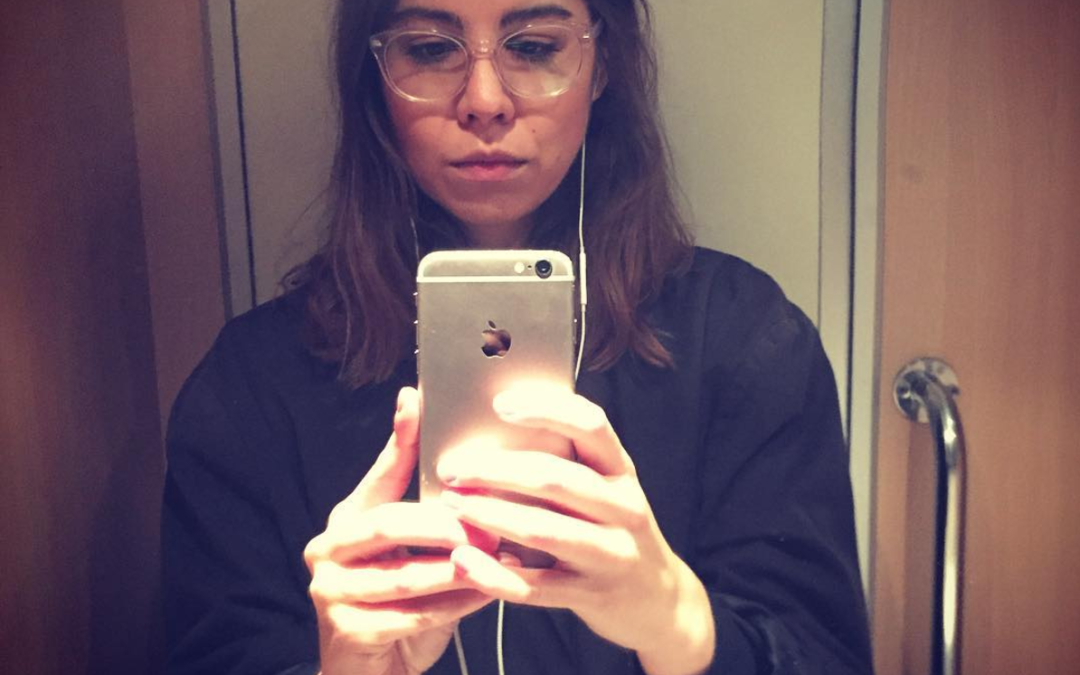 My name is Lisa Ehlin and I hold a PhD in Fashion Studies at the Department of Media Studies at Stockholm University. In this project, I will primarily function as a researcher and an adviser, contextualising the project and finding relevant theoretical frameworks for the case studies and the often complex aspects of digital culture.

My dissertation centred very much on these above aspects of the digital. Concepts and definitions are ever-changing and constantly challenged, as are the discourses framing the understanding of these different media practices. As I looked into the case studies of the thesis; the future of archives, the blogplatform Tumblr, selfies and wearable cameras, it was evident that given “truths” had to be discussed from a wide variety of perspectives. A fundamental issue going through my work was continuously stressing that technology is not neutral, but rather is very much shaped by the cultural values of the era. In many ways, my dissertation worked as an exploration as much as tool for finding the “right” answers. It was method as well as new theory, process and reflection part of the end results.

One of the key elements following the case studies of the thesis however, was the social aspect of digital imagery. A major argument was distinguishing everyday digital imagery from analogue photography, as it has other implications. The digital images passed around on the web become poor images, where resolution is exchanged for speed. As Hito Steyerl notes:

The poor image is a copy in motion. Its quality is bad, its resolution substandard. As it accelerates, it deteriorates. It is a ghost of an image, a preview, a thumbnail, an errant idea, an itinerant image distributed for free, squeezed through slow digital connections, compressed, reproduced, ripped, remixed, as well as copied and pasted into other channels of distribution (2009).

Furthermore, the distributed digital image is contextual where analogue photography rather attempts to capture content within its frame. To make an oversimplified comparison, although both visual, analogue and digital imagery could be said to work according to either print or oral tradition. Writer Zeynep Tufekci states:

The oral world is ephemeral, exists only suspended in time, supported primarily through interpersonal connections, survives only on memory, and rather than building final, cumulative works, it is aimed at conversation and remembering knowledge by rendering it memorable, which can often mean snarky, witty, rhythmic and rhyming (2011).

I would not personally go as far as to equate verbal communication with imagery. However, the metaphor makes an important point of freeing certain image practices from their discursive framework. This might, in part, be adaptable to most social media, but with digital image practices such as those on Instagram or Snapchat, I think it is of even greater importance to not work in a linear manner. In other words, only focusing on what people post, the singular picture, misses the point. In some cases, it is nothing more than a quick gesture, in which analysing its content and aesthetics will give you little, if any, of its meaning.

One of the reasons for this is because digital everyday images are part of the flow of life. They are not extracts from it. For example, caring what you had for lunch is in print culture of little interest. In an oral or everyday image culture, eating and socialising is what human beings do. And although much of digital culture has evolved out of print culture (for example how we treated text and image in the early stages of internet), it has also been a parallel narrative throughout history, working according to a variety of functions and expressions. This complexity also works in the other direction, where the speed of the copy in motion mentioned by Hito Steyerl is actually the original, for example in the case of printed books versus e-books. In the former, books are shared and copied all the time, whereas in the latter, e-books are strictly copyrighted and in that sense “fixed”, even though they are digital.

With these complexities, it might seem daunting that we are already seeing new shifts in digital image practices, primarily with the multi-communicative app of Snapchat. Within this image sharing app, every component could be considered communication, from the filters and drawings to the text and scribbles. Additionally, the images taken and shared are often videos, which for many trend analytics will be the digital image’s next frontier (although the widely artistic app of Vine recently was closed down by Twitter). In terms of seeing everyday image practices as a flow, Snapchat makes perfect sense in that evolution. However, for memory institutions, archives and museums, we again face a challenge of not only understanding, but creating possibilities for collecting these flows. How does one store a flow at all? This of course goes for the hardware as well. Terms like camera or photo, like phone, are inherently limiting – they specify one particular use for underlying technology that can do many things. If new forms are possible, they must surely be for our collective memories as well.

Thus, moving forward, the Collecting Social Photography project has difficult but exciting issues to deal with, as even attempting to define these sometimes completely computer generated images seems almost impossible. Luckily, collective memory is both preserved and acted out continuously online. Imperfections can be used as our advantage, concepts-in-becoming guide us forward. As memory institutions, we are now allowed to also use the visual bonds that social media images create, the participatory archives that are already out there, even though nobody has yet defined them as such. Perhaps we can use the metaphor of the archive as platform. As not a fixed physical space, but as a useful tool, and of understanding that other groups besides historians will be interested in our collective memory. As we move forward, we need to be open to new models and our relationship to our visual cultural history being made right now as well as the role of memory institutions in this process.