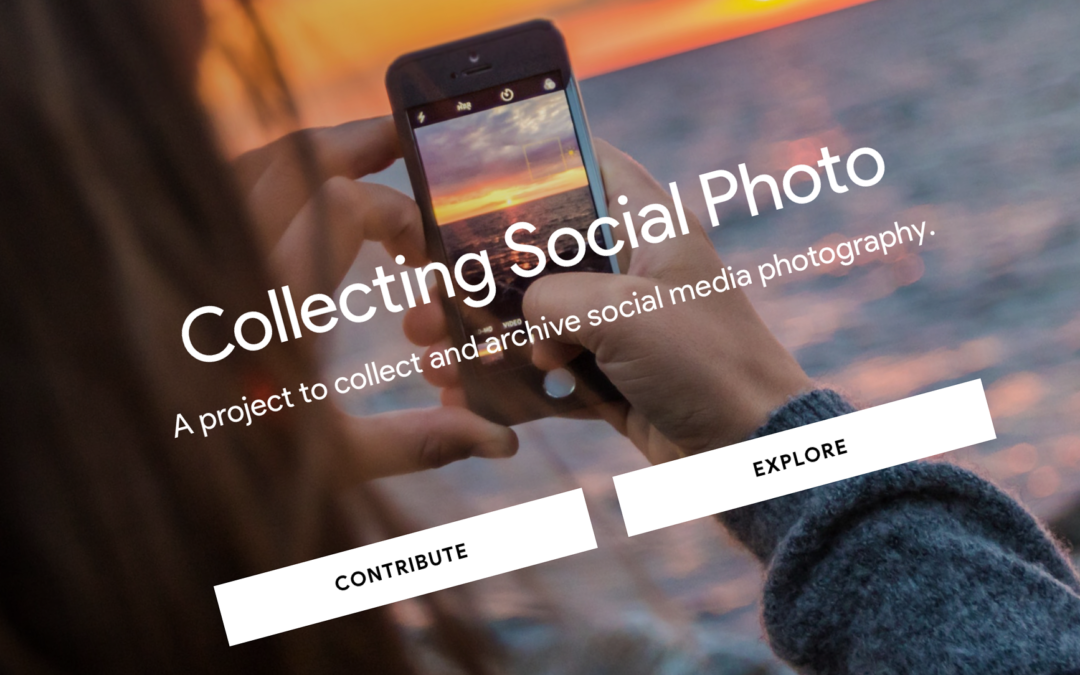 A complete report on the prototype web app will be found in the anthology finalising the project, which will be published early 2020. In an upcoming blog post we will reflect on the features, which the team has decided to be the core functionality and some of the challenges that framed the decisions around the prototype.

Since early autumn 2018 the Collecting Social Photo project has been developing a web app for – perhaps not surprisingly – collecting social digital photography. At the onset of the Collecting Social Photo project however we anticipated that one of the urgent tasks for the project was to experiment with new ways of giving access to social digital photography in the collection, for the users and producers. As we at an early stage agreed with the researcher Fiona Cameron’s notion that the fluidity of the photography does not match traditional database structures and as a consequence we recognised the databases’ inability to host complex digital objects (Cameron, 2010).

The social digital photograph is a complex entity made up of image, text, geodata, hashtags, emojis, likes and comments, marked by social media services and the photographers photographic practices. Finding ways to give access to this complex information to end users once the photograph has entered the museum or archival collections, in a appropriate way is an urgent task. The reason for this is that collection databases in many ways mimic the analog card catalog.

The Collecting Social Photo project was launched in January 2017 after a full year of preparations and pre studies, exploring the issues we anticipated to study. At that time two of the participating museums had already developed websites for collecting digital photographs, which were both in service, www.samtidsbild.se and www.minnen.se. Still at the time of writing the application for funding the most urgent issue seemed to be to challenge current ways of providing access to digitized photography collections to users and contributors, as these interfaces were, by the project team members, considered to be too limited. 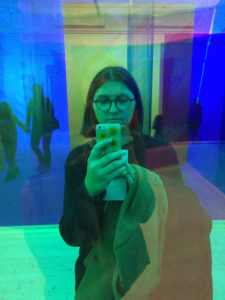 Only shortly into the project period the team performed a rapid response collecting initiative from a traumatic event in Stockholm, the terrorist attack of April 7. 2017. The team used the two existing websites: Samtidsbild and Minnen. The result was successful in the sense that 500 images were collected. At the same time it became evident that without the two existing websites; the team would not have been able to collect more than a fraction of the images without substantial efforts to reach out one to one and collect through e-mail or by quickly setting up a simple form on the museum websites.

Through dedicated websites museums and archives can take a first step towards collecting from the general public and from communities. However as it is evident in developing websites, user experience and usability is crucial for the final result. Throughout 2017 substantial work was done by Nordiska museet, to improve the user experience at www.minnen.se , as there were strong indications that too many users never completed a contribution. By creating a more personalized user experience, looking into details in the design of the form for uploading image and metadata, improvements could be detected.

Another important finding in the Collecting Social Photo project is that the case studies performed confirm that when archives and museums work with digital born material, the work processes of collecting (acquisition), access, and outreach melt together. It is a very different process compared to the collection of analogue material, where the structure of practices forms a linear process, where one stage often follows the other. We are not the first to realize that, record managers know all about it. As a consequence the project had to recognize that collection, access, and outreach should be seen as parts of the same process, which forms the precondition for the web app collection prototype. Another important aspect is the speed – observations especially from the Stockholm case confirms that the memory institutions should collect quickly or the material will be gone, deleted (Hartig et al, 2018).

In autumn 2017 the Collecting Social Photo team gathered in Helsinki, with a group of international colleagues from the museum and archives sector and academia, to discuss the development of the prototype. By asking Service Designer Risto Sarvas at Futurice (now Professor at Aalto University) to lead us through a workshop, it became evident that the team needed to shift focus from the dissemination to the entire process of collecting.

The experience from the rapid response collecting emphasized the importance of  setting up a service for collecting as a first step. The idea of dissemination was not put aside but was instead integrated into the experience of collecting as an incitement for users to participate. It confirms the notion of a process where the different stages (collection, access, outreach) are dependent of, and should support, each other. By browsing through other contributions the users should be inspired to share their own images and also to see their uploaded images instantly as a proof of delivery to the museum/archive. Seeing personal images in the context of others’ could also spark a sense of community.

A second workshop with Risto Sarvas was performed in Stockholm in early 2018 which confirmed the need to focus on the entire digital experience of contributing photos to a museum/archive. Furthermore that this experience is strongly connected to the museums’/archives’ needs to follow current work practices for collecting and acquiring photographs into the museum/archival collections. This has prompted the Collecting Social Photo team to look further into the back end functions of the web app.

A prototype for collecting

The team has concluded from the case studies and the two workshops that setting up a prototype for collecting social digital photography has been important in order to further explore challenges in the process of collecting and develop a user experience that could create incentives to participate. In May 2018 a call for offers to develop the prototype was made and seven offers were received. The project signed, in August 2018, Micah Walter Studio in New York to develop the prototype, which is expected to be delivered as a first version in March 2019.