Launching #collectingsocialphoto – and a look in the rear mirror

As we are now launching the project Collecting the Digital: From a Photographic Perspective, we (the participating museums and archive) will start by looking at where we are and what lies ahead. Not only within the project but also in our museums and archives and how we are dealing with photographs in a social digital world. This blog post is looking back at the history of photograph collection management in Swedish museums, from the perspective of Fotosekretariatet*, and discussing challenges ahead. 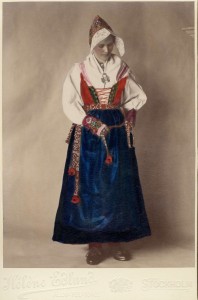 Collecting photographs have always been connected to the museum’s mission, and to the perception of the value of a photograph. Photographs in museums have been valued as examples of technology and information or evidence. Later, in the 20th century the tradition of documenting processes, as well as adding written statements to the photographs became common practice. In 1970s, 1980s and early 1990s the tradition of social documentary photography was common within Swedish museums. Projects as Ekodok 90 constituted a clearly articulated link between photography and museum collecting and interpretation, as well as an increasing awareness of photographs as of great historical, and economic value to museums. During this period, for example the Nordiska museet collected several large photograph collections from notable photographers as K.W. Gullers.

In 1995 the Fotosekretariatet, established in the early 1990s, initiated an ambitious plan for cultural historical photography in Sweden. The plan Mot glömskans tyranni [Against the tyranny of oblivion] was published in 1997 and it positioned the value of the photograph in museum collections in terms of markers of authenticity – its origin, provenance and history – stressing that ‘A photograph taken out of context loses in importance as a historical resource’ (Mot glömskans tyranny 1997: 13). In their capacity as information carriers photographs were to be considered as a kind of document and, as with other historical source material, their provenance or origin came to be considered important, to have knowledge of the time period when the photograph was taken, the environment in which the photographer worked.

These criteria were also central to Att samla och gallra – kriterier för värdering och urval [Collecting and disposal – criteria for evaluation and selection], (2003), the Fotosekretariatet continued to emphasize the importance of provenance and documentary criteria to establish the value of cultural historical photography. Around 2008–2009 the functional context of the photograph, that is, photographic production, circulation and consumption that shape a photographic image into a ‘photographic document’ began to be recognized as an important element in understanding photographs in the museum sector.

These ideas of ‘the document’, entangled with other criteria: Artistic and aesthetic values linked to a sense of photo-historical importance, often linked to monetary value, together with economic criteria, such as the costs of preserving the photographs, possible copyright restrictions or cost of destruction, remain as major elements in assessing photographs today.

However with the arrival of digitally born photographs and particularly the evolvement of the social digital era, the practices of collecting and curation have been fundamentally challenged, as photographs today are not only independent of museums but immaterial. There has been a radical change in the role of photographs in society. This has in turn also led to new expectations from museum audiences, to which museums must respond. Digital tools have changed museums from being object-centered to experience-centered.

To respond to this shift our project has been launched. The goals are:

In upcoming blog posts we will further describe the specific issues and challenges with photographs, museums and the social digital era.

* Fotosekretariatet, The Swedish Secretariat of Photographic Collections based at The Nordiska museet, Stockholm and running between 1992–2010, had an advisory role, supporting Swedish museums in their work with collecting, preserving and disseminaring photograph collections.

This blog post is in part based on the paper Digital Dilemmas: The Impact of Digital Tools on Photograph Collections in Uncertain images: Museums and the Work of Photographs, Eds. E. Edwards and S. Lien (2014), Ashgate, UK. http://www.ashgate.com/isbn/9781409464891