Collecting and Displaying Social Media in Museum Collections: The Museum of London experience

My presentation will focus on the experimental collecting projects around social media at the Museum of London. I am going to present three accessioned collections from twitter; the challenges and the restrictions. I will then focus on the obstacles of displaying collected social media in the museum and discuss possible solutions. 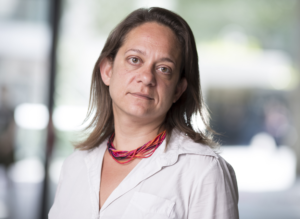 Foteini is looking after the collection of born-digital objects at the Museum of London. The collection was born through a new experimental collecting strand which encompasses oral histories, film/video, sound, video games, social media, and the web.  She started the video games collection at MoL and her research interest at the moment is focusing on social media collecting. With the move of the museum at West Smithfield market, Foteini is responsible for the digital content in the New Museum. She was the Lead Curator for The City is Ours in 2017, she has curated a range of displays including London Visions in 2019 and she has commissioned a range digital art installations including Pulse by Tekja in 2018. She recently contributed to the artist book of Michael Takeo Magruder for his Imaginary Cities exhibition at the British Library. Foteini has previously worked at the National Museum of Contemporary Art in Athens, at the British Library and at Battersea Arts Centre. She is on the Jury Panel for the Lumen Prize; an international award for digital art.

To the conference page >>